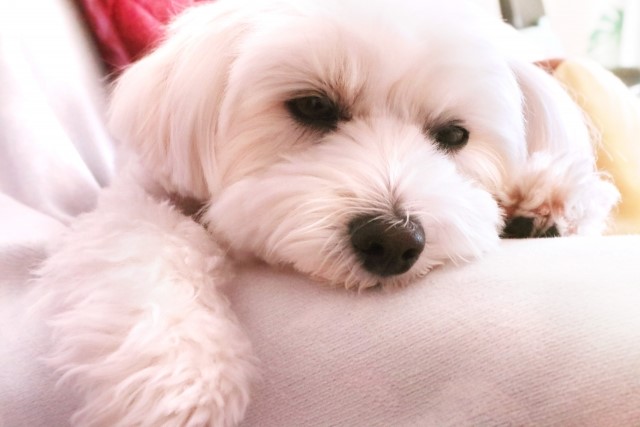 “What is a cross-breed dog in the first place?”

“Is it different from a hybrid?”

In this article, we will introduce how cross-breed dogs were born and why they are attractive.

Later, 5 popular cross-breed dogs are listed up, so don’t miss it!

What’s the difference between a Hybrid mutt and a Cross-Mixed dog?

Both a hybrid and a cross-mixed are children born from parents of different breeds.

In the aspect, those are the same. Then what is the difference?

In the case of hybrid dogs, most children were born by instinctive behavior of dogs themselves without human intervention.

Especially in old times, most dogs didn’t get spayed and kept outside so that accidents like

“When did my dog get pregnant?!” seemed to have often happened.

In other words, when we don’t know which breed dogs are the parents of the dog, we call it “hybrid”.

In contrast, cross-breed dogs are born by the human intervention.

To put it more simply, a cross-breed dog is a pup who is born between different purebred parents.

Why were cross-breed dogs born?

Before someone knows, many cross-breed dogs have existed it the pet market.

I believe you don’t know when it has been come up.

The reason why cross-breed dogs were born so quickly was because of the intentions of breeders.

In the past, hybrid dogs tended to be lowly valued than pedigree dogs in the pet industry.

It’s strange as a hybrid lives same life as purebred’s and breeders tried to stop such a social trend by “hybrid branding”.

They started breed a pedigree hybrid dog. Since they called mixed-breed dogs, their parents are limited to those with a pedigree though.

Then the brand breed called “cross-breed dog” was born.

As a result, the public was attracted by new appearance of cross-breed dogs, which is different from existing ones.

It can be said that “hybrid branding” contributed to the further advancement of the pet boom.

What is the charm of cross-breed dogs?

Healthier than a pedigree dog

Purebreds are often bred by breeders and the way is often inbreeding or line breeding.

Inbreeding means breeding between dogs that are closely related by blood, such as mating between a parent and a child or between siblings.

Line breeding is a method of mating between relatives such as an uncle and a niece, which is a close blood relationship other than inbreeding.

You may feel unbelievable but it’s pretty common for animals even in a nature setting.

However as a result, the offspring becomes easy to have the disease peculiar to the breed.

For example, in an extreme case, if male and female dogs which have bad joints are mated, naturally they are more likely to produce offspring with genes that have bad joints.

That is, it takes over both good and bad aspects of its parents.

In contrast, in the case of crossbred dogs, even if one parent has a bad joint, if the other parent has no problem with its joint, the child has less chance to inherit its negative aspects.

In other words, it is less likely to inherit a disease peculiar to a purebred, and as a result, it is easier for crossbreds to have healthy children.

Each one is unique.

But if puppies are born between five couples of Chihuahua and Toy Poodle, the each pup will have different colors, hair types and body shapes.

One of the attractive points of cross-breed dogs is that same breed combination can lead to pups with completely different look each time.

Fun to see how it grows up.

You know how a pedigree dog will look when it grows up, but don’t know how a crossbred will be when it become an adult dog.

When it grow up, it may have a completely different feature from its childhood. It often happens.

You can enjoy these changes only with cross-breed dogs.

Here, I’ll let you know what kind of mixed-breed dogs are popular. 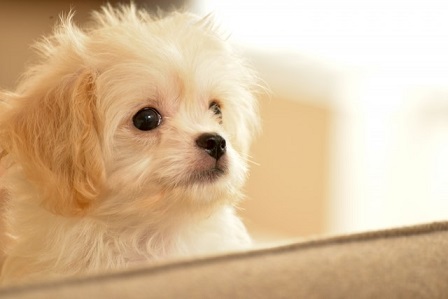 A Mix of a Chihuahua and toy poodle, which are competing for number 1 or 2 popularity.

As some Chihuahuas have long hair and some are short-haired, the mixed-breed Chipoo has rich variation and full of individuality.

A Japanese actress Misuzu Kiritani has a Chipoo named Patra-chan.

Since both Chihuahua and toy poodle are very small, in many cases Chipoo won’t be big when it grows up. 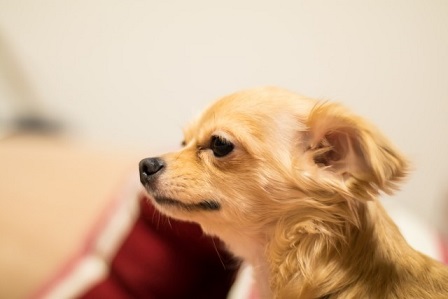 It is a type of hybrid of a Chihuahua and a Miniature Dachshund with a long body.

Although it has Miniature Dachshund’s blood line, some doesn’t have a long body.

It can be said that Chiweenie often has considerable individual variability.

Pomapoo is a mix between a Pomeranian and a Toy Poodle.

Pomeranian’s hair is easy to fall out while Toy Poodle’s hair is hard to lose.

This combination was originally born since a breeder want to reproduce a Pomeranian with hardly fall out hair.

Each Pomapoo has each unique combination of characteristics.

One has Pomeranian like fluffy hair with Toy Poodle like looking. Such unique appearance enjoys high popularity.

You may be worried like “The size is completely different, is it ok?!”

But recently it is a quite popular crossbreed as it is cute or cool.

One with Siberian Husky like hair pattern has small and cute eyes. Another one having orange hair color like Pomeranian has body close to Siberian husky.

You may not believe that they were born from the same cross-breed because each one is very unique.

If I can, I want to see Pomsky once!

As both Pomeranian and the Husky are active, many Pomsky are full of energy. 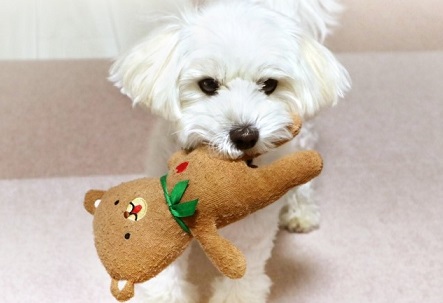 A mixed-breed dog between Maltese and Toy Poodle, which are both friendly and easy to keep.

Since both breeds have soft and curly hair, Maltipoo also has nice and soft hair.

It is also an attractive point that it is tame and smart.

Did you get an idea why mixed-breed dogs, pedigree hybrids are attractive?

More crossbreed dogs may come up in the pet market near future, so you can’t miss the unique variation!

If you want to have a unique puppy having a little different from others, definitely a cross-breed dog must be the best answer for you! 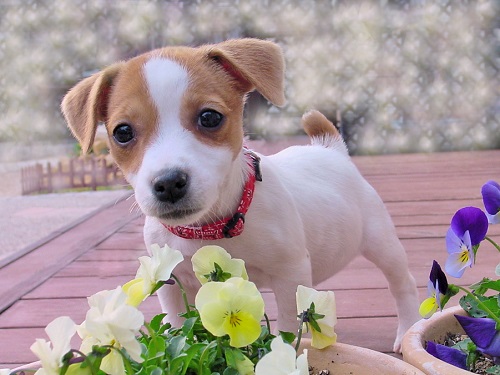 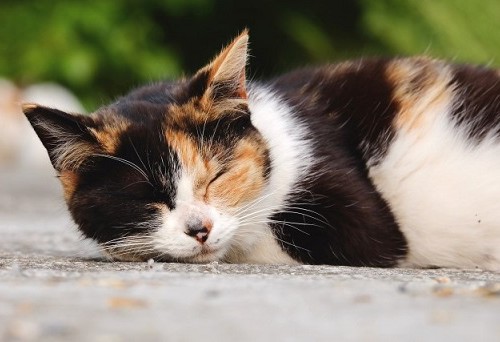 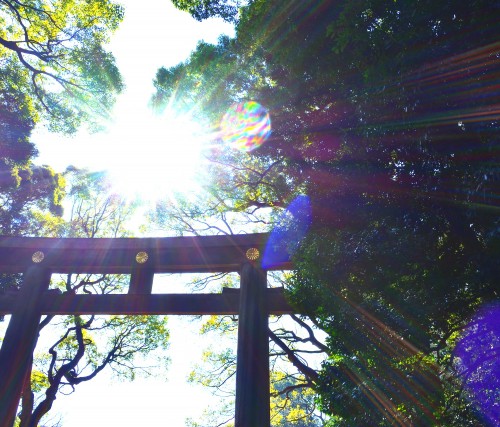 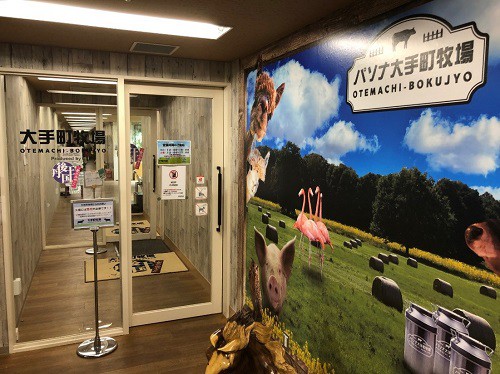 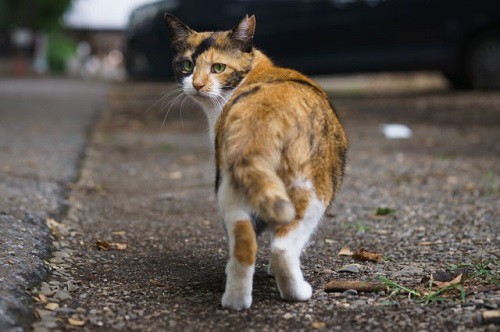 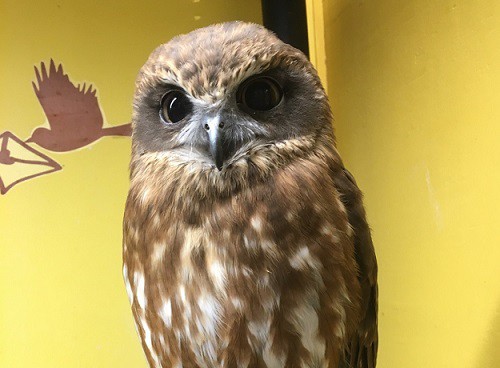 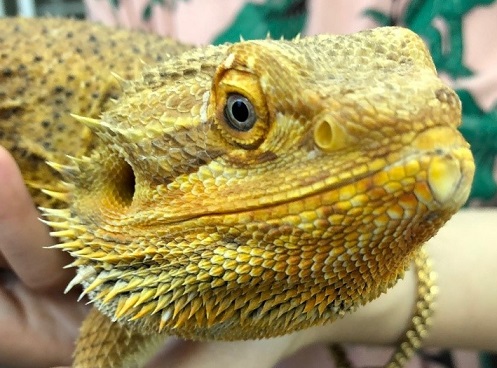 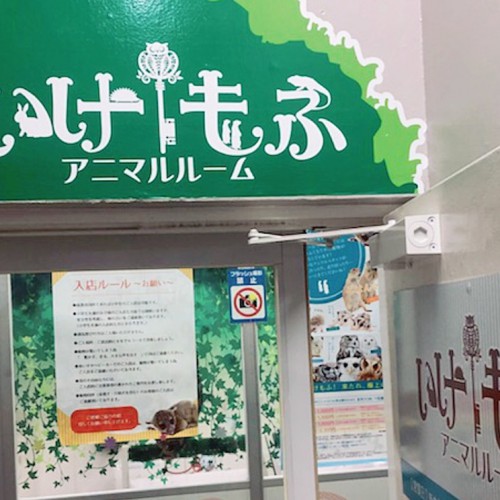